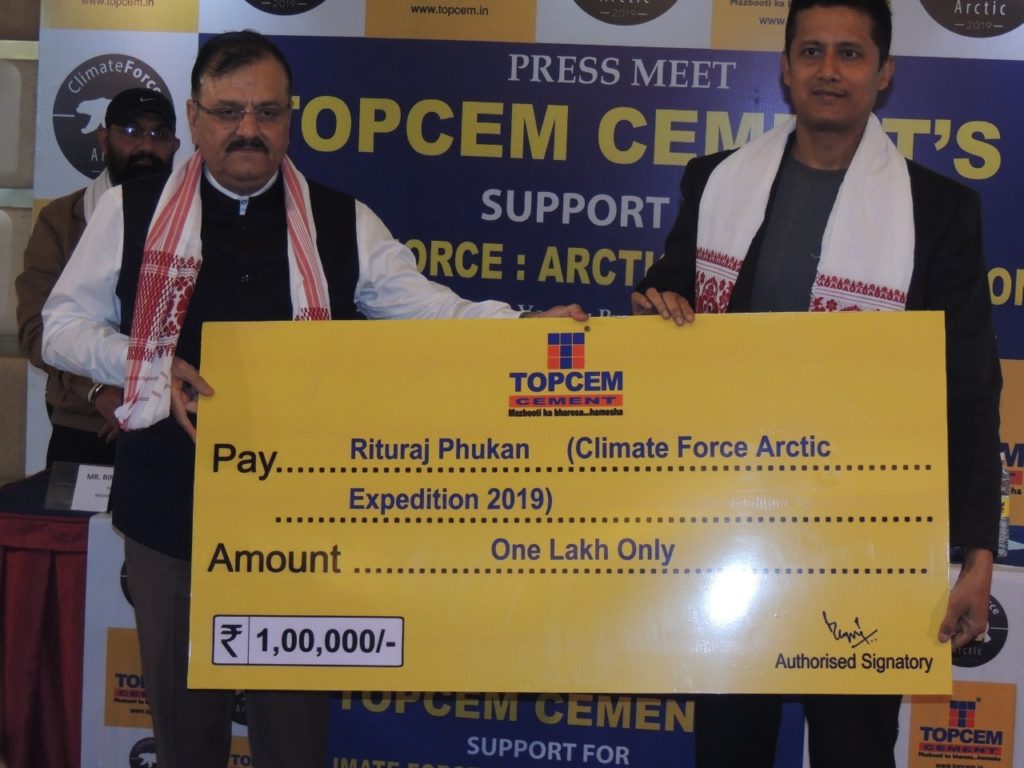 TOPCEM CEMENT, has been always at the forefront towards contributing in various ways in saving the nature . Right from the paper wastage control & reduction, using e cartridge (recycling of printer cartridges) to the carbon emission reduction process by taking up continuous sapling process, the efforts were always been there.

In their continued efforts, Topcem cement extends support to Mr. Rituraj Phukan, who has been selected from Assam to accompany the explorers Mr Robert Swan along with the team comprising of Scientist & activist, to the North Polar region in June 2019, to document climate change and its impact.

Speaking on the occasion  Dr. Anil Kapur, President ,  Meghalaya Cements Limited., said that“ Topcem cement is proud to be associated with the member of the Climate Force Arctic Expedition 2019  with the hope and expectation that the study would enable all of us to understand more about the cause and effect of the major concern in front of us “. He requested all to highlight the details of the study and its results to the fore of the society so that we and our children’s can understand the matter of global warming surrounding us.

Speaking on the occasion, Mr. Rituraj Phukan, a Climate Reality Leader, said that the – “The Climate Force Arctic Expedition in June 2019 will equip leaders with resources and actionable solutions to become a part of a global force of change”.

After the expedition, the team will be part of an empowered network providing leadership on climate awareness and action in their respected countries. The participants will emerge as powerful communicators with first-hand experience of climate change at the Arctic frontiers.

The Arctic ice cools our planet and regulates weather patterns and what happens in the Arctic affects us all. Scientists say that the ice is melting due to warming and the Arctic could be ice-free as early as 2030. Already there is 75% less ice in summer than there was 50 years ago. As a result, a humanitarian crisis is unfolding with floods, droughts, famine and rising sea levels all over the world.”

According to a statement by the Government of India representatives at the UNFCCC COP24 at Katowice, Poland in December 2018 -Assam is one of ‘most vulnerable’ states to climate change in the Eastern Himalayas.

Assam is one of the early impacted regions in the entire world, with all the big issues like influx of people, floods and erosion being connected to climate change. As the sole representative from the region, it will be his endeavour to raise the issue of climate justice on a global platform.”

Rituraj further informed that the expedition team will collaborate on the Arctic Carbon Negative Initiative (ACNI), which is part of the Climate Force Challenge, with a goal to establish a series of C02 standard protocols for the global travel industry. The expedition itself is a Certified Carbon Neutral Voyage.

Mr. Rituraj Phukan, have requested all to create the awareness among the society on the issue of Global warming. Mr. Phukan also conveyed his sincere thanks to the management of TOPCEM CEMENT for supporting to the cause as a sign of concerned industrial citizen and he did request to all corporates to certainly contribute towards creating the awareness much needed. 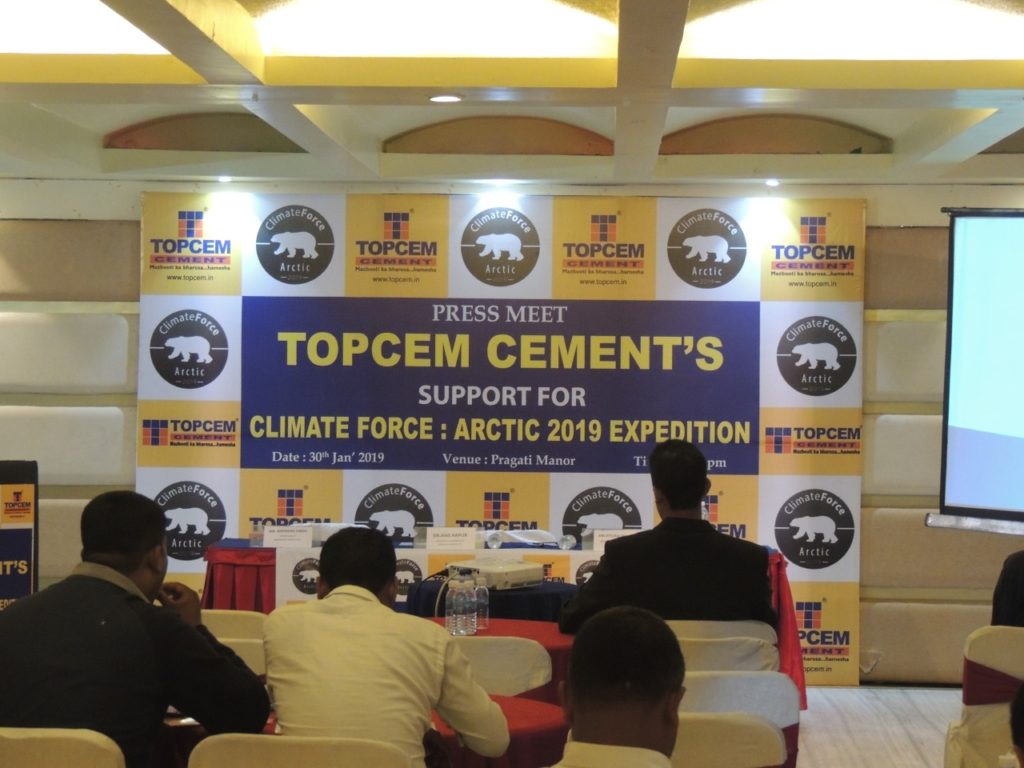 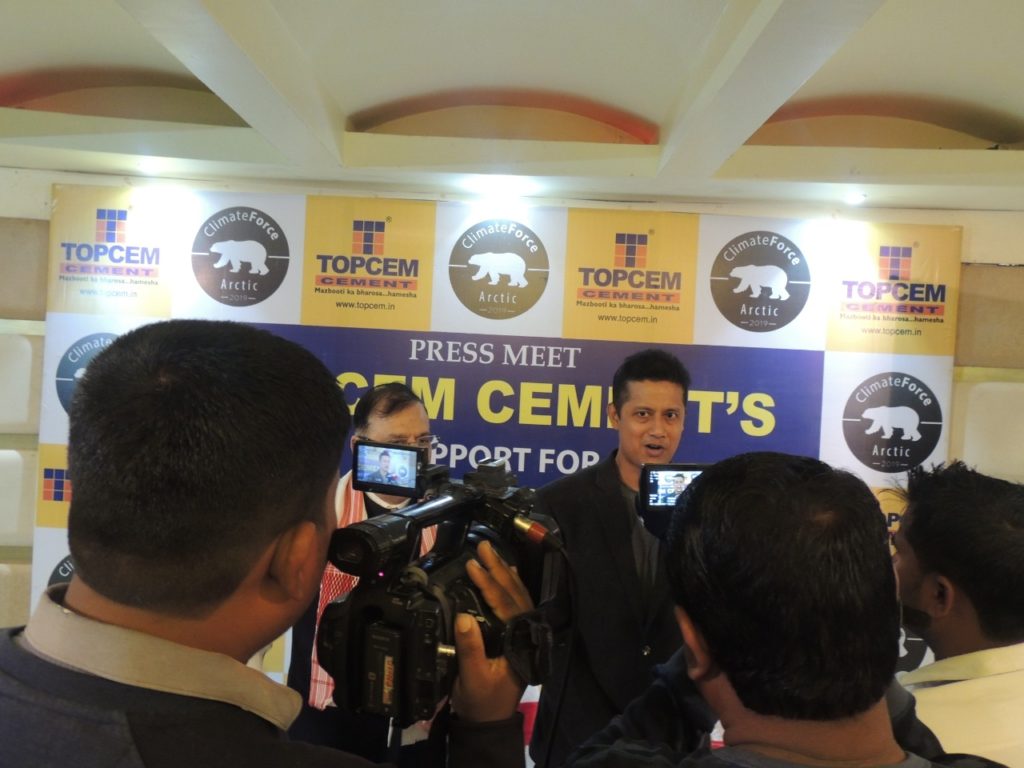 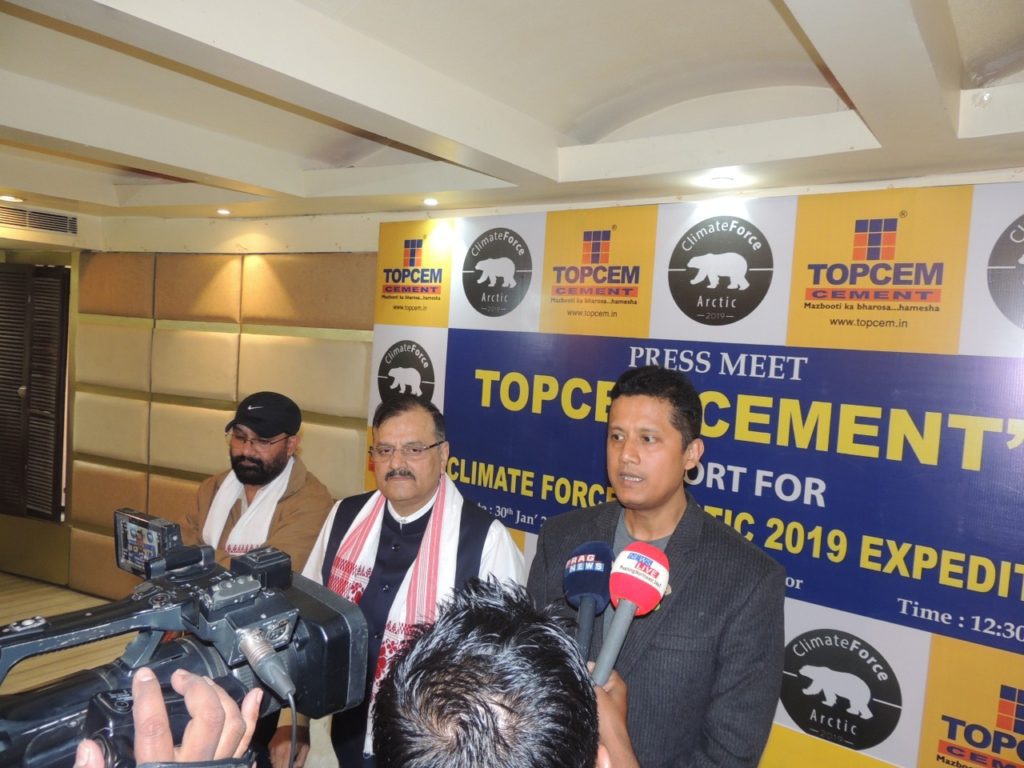