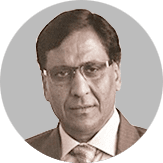 Mr. Kailash Chandra Lohia is recognized as one of the most distinguished industrialists from the NE. Under his able leadership, the group has scaled insurmountable heights over the last two decades. He is renowned as the market leader in sales of galvanized sheets, MS ingots, bars, ferroalloys, industrial oxygen, and more such products across India’s northeast. He plays a pivotal role in financial and other key matters of the group. A man of iron will and firm resolve, Mr. Lohia, unlike many of his contemporaries, decided not to shift base during the late eighties and early nineties, when regional insurgency was at its peak. Instead, he chose to march ahead in his field and bring prosperity to the region through sheer hard work, foresight, and dedication.

A bachelor of science graduate, Mr. Mahendra Agarwal is an alumnus of the prestigious Calcutta University. He is renowned as a dynamic industrialist from northeast India who is revered for his rich experience in the establishment and smooth operation of industries. Mr. Agarwal has been involved in sectors as diverse as cement, steel, power, FMCG, exports and turnkey projects within India as well as in foreign shores. He has been the primary driving force behind the technical excellence and commercial success of the group. 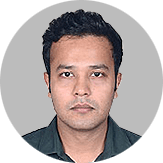 Mr. Nishant Garodia is highly qualified in the field of business management. He earned his M.Sc. in Management from the esteemed Edinburgh University in the UK and Masters in International Business Administration (IMBA) from I.E. Business School, Madrid, Spain. Mr. Garodia is actively involved in the field of business operations. A powerhouse of positive energy, he currently serves as the director of Meghalaya Cements, Top Steel Nigeria, Stark Steel Ghana, Prithvi Global Ventures, Aditya Mining & Steel and R. G. Garodia Properties. He possesses a vast amount of informed knowledge in matters pertaining to corporate planning, growth strategies and business development. He looks after the management of critical business responsibilities in various areas within the group’s diversified portfolio.

Mr. Amit Agarwal plays a very crucial role in financial and other key matters of the group. He is a dynamic young proponent of the group and is responsible for looking after the marketing segment. A prominent industrialist from Northeast India, Mr. Amit Agarwal has successfully set up a number of plants and industries in association with the Lohias and other renowned organizations. His strong analytical skills and unparalleled industrial expertise have made him a potential successor of the group. 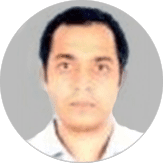